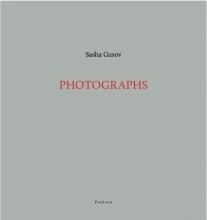 Sasha Gusov is a Russian photographer based in London. Introduced to the medium by his uncle, he begun taking photographs at the age of 13. Self-thought, in 1989 he moved to London to pursue his dream of becoming a famous photographer. n 1993, his photographs featuring the Bolshoi theatre on tour with Yuri Grigorovich's troupe were published in the British Journal of Photography. Since then, his work has been issued in magazines and newspapers such as VOGUE and Cosmopolitan, The Times , and The Daily Telegraph among others. Gusov has exhibited his work throughout Europe and published several photographic books, including Locusts, Shooting Images, Italian Carousel, Belarus Terra Incognita and The royal parks of London. His subjects include pop icons, artists, models, musicians, members of royal family, politicians, workers and his own family.